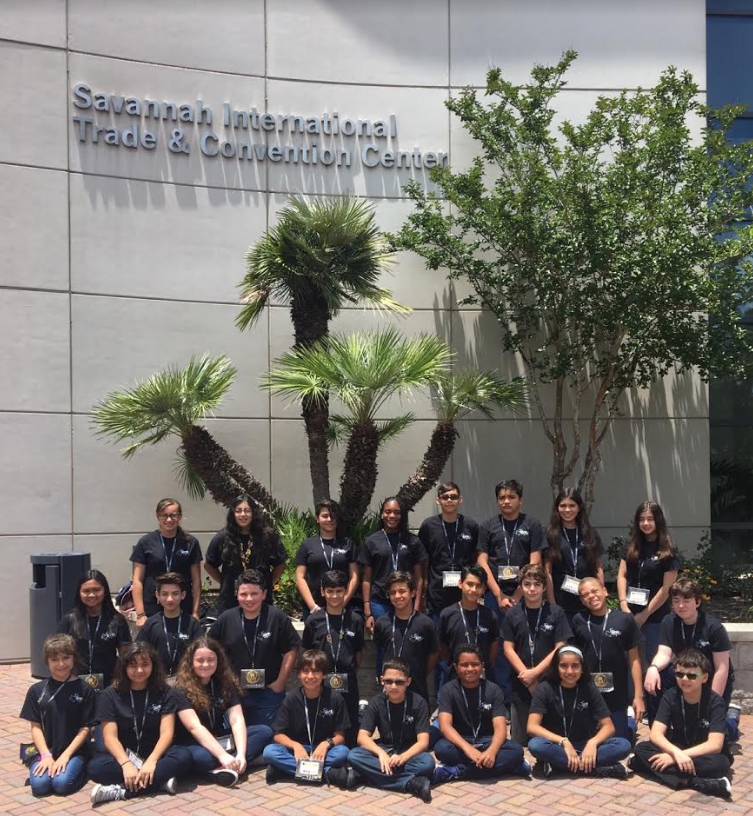 Twenty-five members of the St. Joseph Regional Catholic School National Jr. Beta Club joined more than 20,000 attendees in Savannah, Georgia for the 2018 National Beta Convention at the Savannah International Trade and Convention Center on June 13-15, 2018. This unique and energetic convention offered the club an opportunity to share project ideas and to showcase their academic and leadership abilities with peers from around the globe.

The National Beta Club has become the nation’s largest independent, non-profit, educational youth organization. There are now more than 500,000 active members and more than 8,750 clubs nationally and internationally.

Beta’s mission originated with Dr. John W. Harris, a professor at Wofford College in Spartanburg, South Carolina, who founded the organization in 1934. Over 80 years have passed, but his vision and Beta’s mission has remained the same. And most everyone who has been fortunate enough to be called a member has embraced those ideals and applied them to their own lives. From U.S. President Bill Clinton to current professional basketball player Kevin Durant, Beta members continue to lead long after their high school days are behind them.